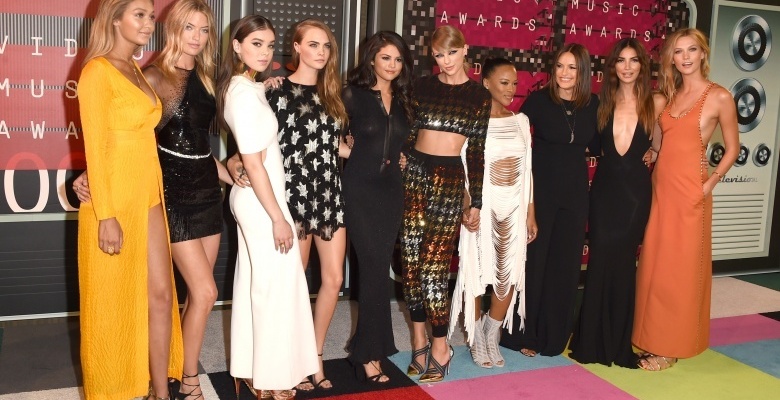 However, there were some horrible trends that reared their ugly head. And it’s time to decapitate them. Like Sydney Carton at the end of “A Tale of Two Cities.” Spoiler Alert.

So let me put my unwanted opinion into the void, and share with you some of these trends/people that I hate oh so much.

SQUAD GOALS: Let me just tell you, I blame Taylor Swift for this. I know she did not start this trend, and I know I mention her in a derogatory way on literally every post I make, but she deserves it so it’s fine. Ever since she started hanging with fucking Gigi Hadid, Karlie Kloss, and honestly whoever else, I don’t even know they all look the same, it seems as though everyone aspires to have their own Taylor-esque squad. Watch that disgusting “Bad Blood” video to see the entire skinny bitch entourage. Let’s also discuss the fact that the phrase “squad goals” is randomly being sold on clothing at places like Forever 21…  I am confused as to in what situation would this clothing be applicable. Why would you wear something that said squad goals unless you were with your entire “squad”? If you wear this when you are walking around by yourself, you just look like a fucking idiot. Squad party of 1. Actually that is probably my ideal squad if we are being honest.#BooRadley. If you are with your “squad” and you decide to wear something that says “squad goals”, then you are clearly the least secure member of the squad and you probably desperately seek validation and attention. I just don’t understand any of it.

This is making me sound so bitter and lonely I hate myself.

Over the top nail art and exceedingly long acrylics: Some people are doing too fucking much. I love everyone, and I want them to do what makes them happy, but like how do you even do basic daily functions like text and wipe your ass with those nails. I feel like unless you are Kylie Jenner and you have assistants to do everything for you, it’s just not practical. Let’s be real, Kylie is not wiping her own ass. Still love her though. #lipkit

Coachella fashion: I’m not even talking specifically just about Coachella. I’m talking about the look associated with it. It’s such a mess of flower crowns, crop tops, and cultural appropriation it gives me an aneurism. @all my ladies: stop wearing bindis, and stop with the henna if it is not part of your culture. It’s offensive. You look like an asshole. Just a PSA.

JK Rowling: This is so controversial, but honestly I wish this bitch would stop. I think the key to success is letting  things DIE when the time is right. I really respect shows like Breaking Bad that knew when the plot had run its course, and they didn’t just drag it out for money. Have some artistic integrity for god’s sake. JK Rowling is doing this exact thing with Harry Potter. Harry Potter at this point reminds me a bit of Clint Eastwood, just clinging to life even though the grim reaper should have snatched his soul ages ago. I think an author should be a bit illusive. Leave them wanting more. Like Lemony Snicket.

Clowns: Honestly why did this happen. I think that this trend has pretty much faded out already, but has anyone taken time to reflect on why this happened? The imagery of these clowns standing around in public places like parks will truly haunt me for forever. The whole thing was very John Wayne Gacy and I was definitely not on board with it. In college, I am a double major, and my second major is American Studies. In American studies a large aspect of it is looking at American society and culture in a way that the traditional study of history often overlooks. To me history is very much the “what” whereas American Studies is the “why”. So of course, my brain would love to understand, culturally, what led to this clown situation, and how it was normalized into something that was not even seen as that particularly absurd. It did not seem like anyone was that surprised that the situation was happening, and it was truly not that difficult of a concept to grasp, when in reality it probably should have been. Clearly 2016 was one giant fucking circus.

Lena Dunham: This bitch is such a mess I don’t even know what to say. Her faux feminist, social justice facade is so bizarre because it completely contradicts with the way she behaves. (Didn’t she admit to molesting her sister???..) I feel like she is constantly having to apologize for the ridiculous statements that she makes, when she could just avoid this entirely by not speaking at all. #lifehack. Her criticizing that man for not paying attention to her (probably because she looks like a moldy potato), and then the comment about wishing she had an abortion, were both just so out of touch with reality it honestly makes me wonder how she even has a platform where she can speak and people acknowledge what she has to say. Let’s take away that platform in 2017 and just collectively ignore her entire existence. This same sentiment goes toward Amy Schumer and Jennifer Lawrence as well. I’m cancelling my subscription to their nonsense.

Ryan Lochte, Brock Turner, and letting people get away with shit: Ryan Lochte is such a little piece of shit I literally want to curb stomp him. The fact that he got away with that nonsense he pulled in Rio, and that he was subsequently put on Dancing with the Stars, is absurd. He is an actual international embarrassment, and that tragic frosty hair he had was another crime that should have been taken seriously.

Brock Turner is nauseating, a waste of space, and honestly I would not hesitate to drop kick him if the situation presented itself. He is full of excuses, has not an ounce of remorse, and he received only a slap on the wrist for the heinous crime that he committed. It might even be a stretch to call it a slap on the wrist. More like a poke, or a delicate tap. He is the embodiment of rape culture and I truly hope the rest of his life is fucking miserable.

Both of these LOSERS represent an overall problem I have with not holding people accountable for their actions and casually brushing them off to the side, like it was no harm done. We then place excessive importance on things such as Colin Kapernick not standing during the national anthem in attempts to bring light to a problem in this country, but then people like Ryan Lochte and Brock Turner are given attention for about 3 minutes and receive no substantial backlash or punishment for their actions. In 2017 let’s hold people accountable.

Skinny Tea and all that other weird diet shit that does not work: Is anyone actually out here buying all the products that are singlehandedly financially sustaining all the Insta famous people? Honestly I respect their hustle and I’m not blaming them. If the opportunity was presented to me I would definitely consider it because I am fake and it’s easy money. I am blaming the actual companies that make those products, and that market them in the way that they do. The products clearly don’t work. You are not going to get skinny from drinking tea. If it was that easy I would literally get a skinny tea IV bag and walk around with it on a 24/7 basis. I’M TIRED OF ALL THE SCAMS. (Also I think that the skinny obsessed diet culture we have created that is directed at women is extremely harmful, but that’s a post for another time) 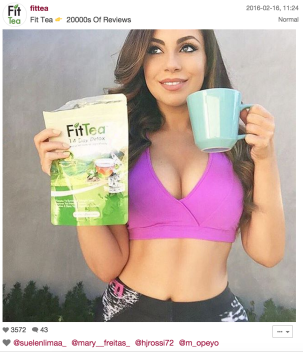 2016 was truly the year of getting scammed. This entire year was one giant scam.

Here’s to 2017 bitches. Can’t wait to see what trends present themselves in the new year.